Oh dang! We outdid ourselves.

Raspberry dream bars are the latest creation to come out of the True Scoops kitchen. Layers of rich brownie, indulgent chocolate ice cream, fudge and raspberry swirls, and :drumroll: ... raspberry whipped cream!! But listen, that's not even the best part. The best part is that it's SO easy to make, but looks and tastes like you went to pastry school.

Sure, you could make brownies from scratch or hand pick raspberries to make your own jam, but who the hell has time for that? Each layer of goodness in this recipe is a shortcut. The brownies? From a box. The ice cream? True Scoops (so easy!) The fudge? True Scoops! The raspberry jam? From a jar! Whipped Cream?  Whips up in minutes with 3 ingredients!

Have your friends over for dinner and wow them with this for dessert. They'll think you're a super hero. Tell them it took blood, sweat, and tears to make this dessert and they'll be none the wiser.  Or serve these bad boys instead of cake at a birthday party. Pop a candle in a slice and it'll be the best party ever. 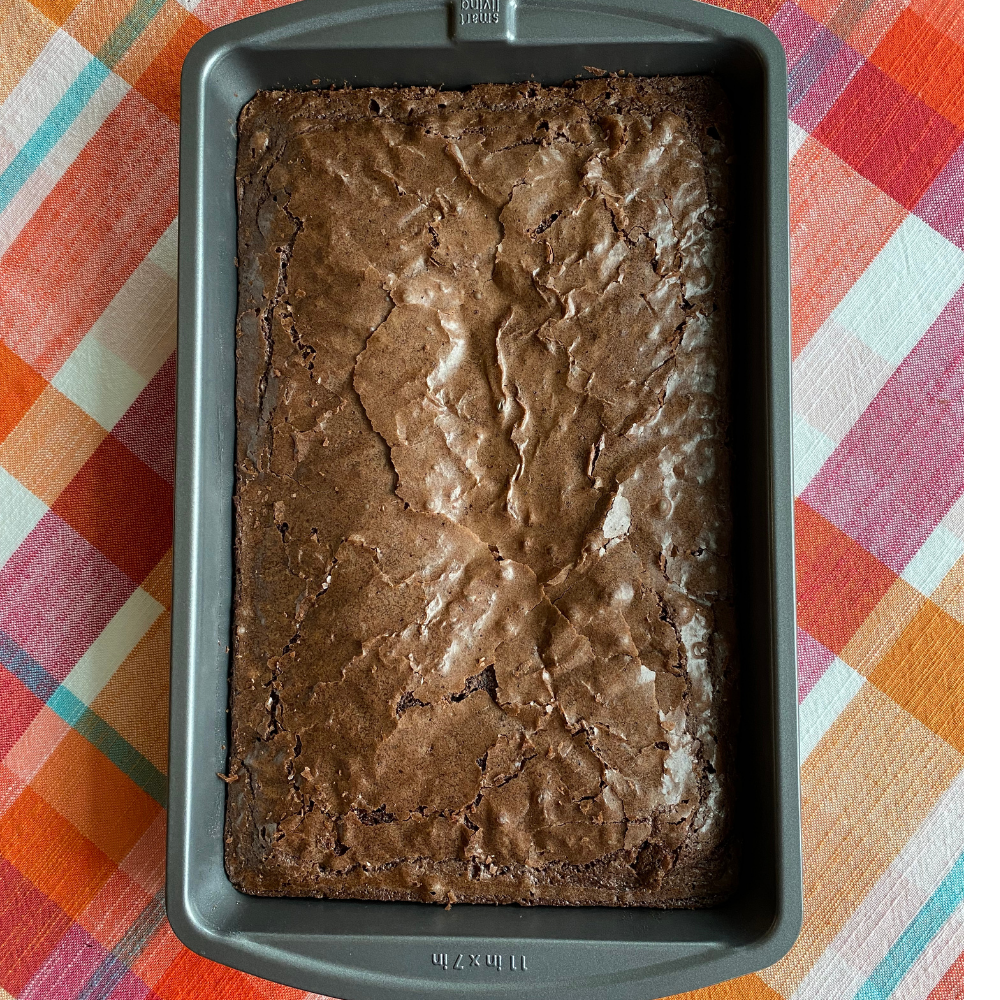 Prepare the brownies according to the packaging. Let fully cool and run a knife around the edges to loosen. 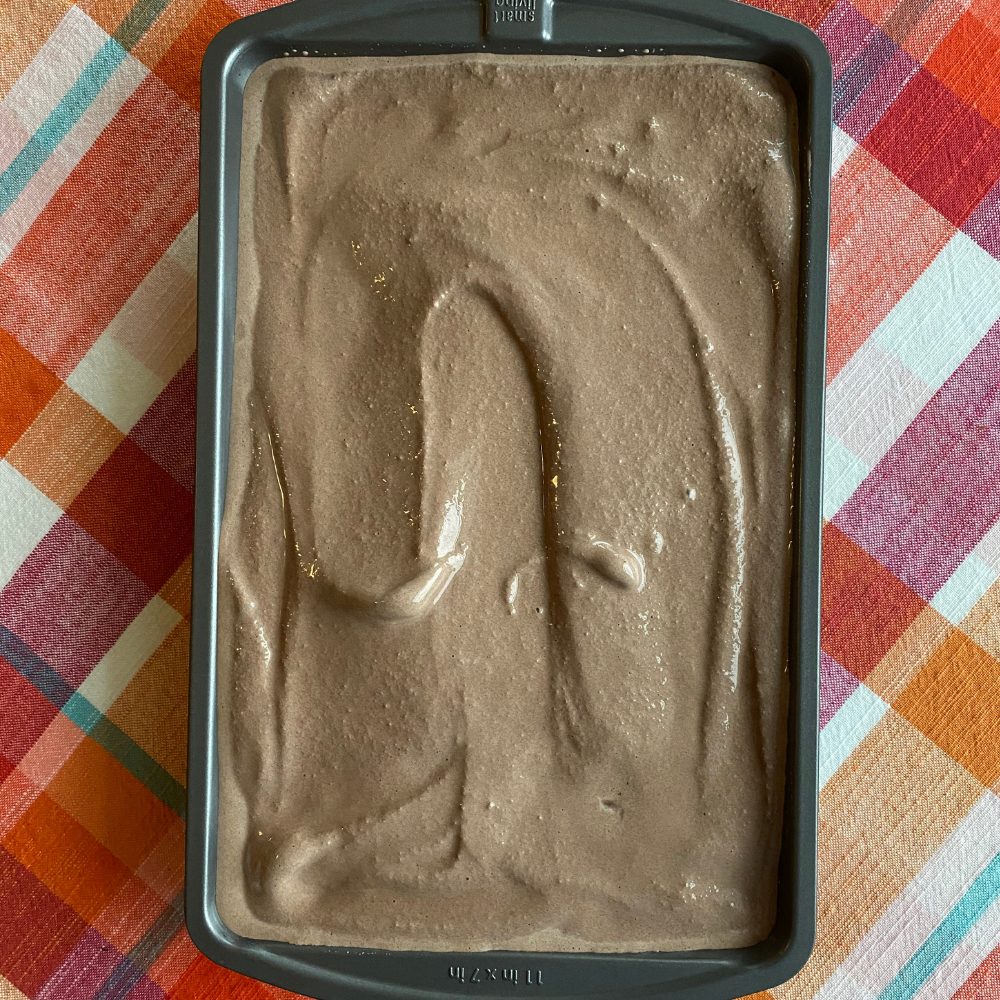 Spread the softened ice cream across the top of the brownies in an even layer. 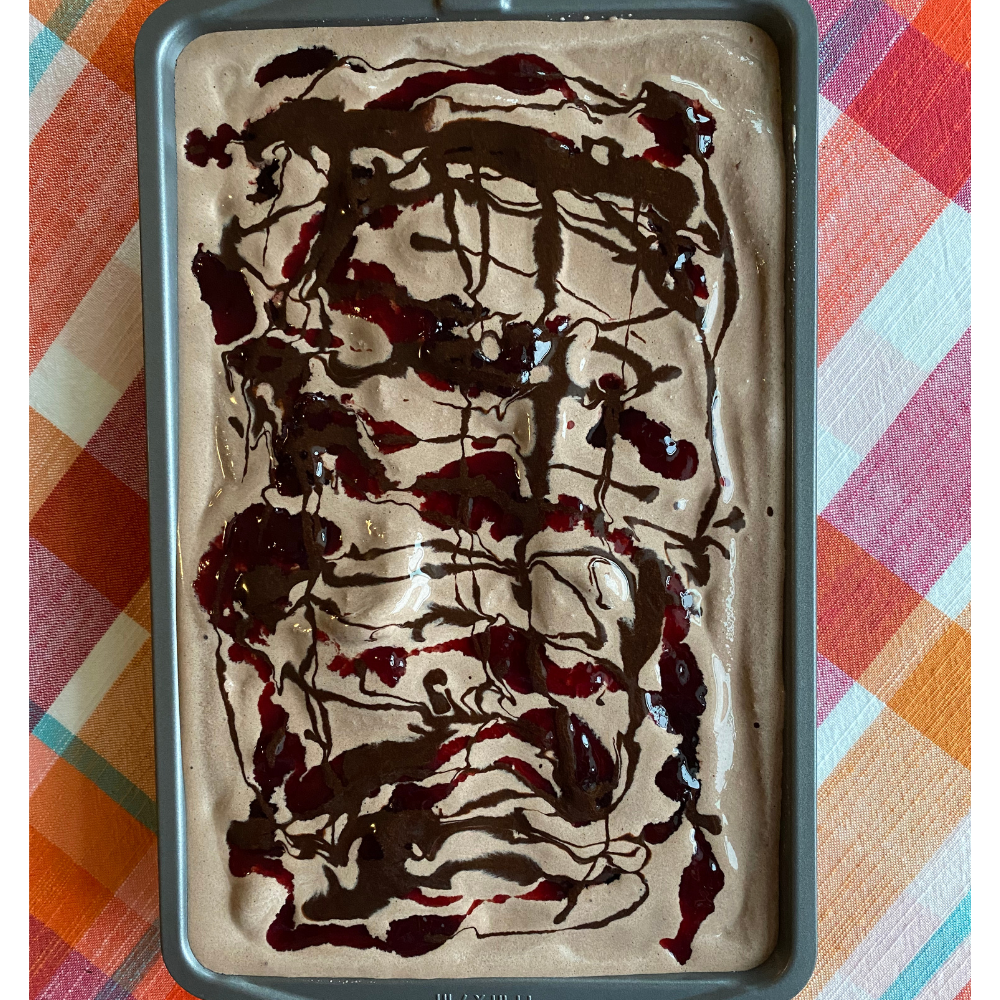 Swirl the cooled hot fudge sauce and raspberry jam on top of the ice cream. Freeze the brownie and ice cream tray for 2-3 hours or until the ice cream is firm enough to cut. 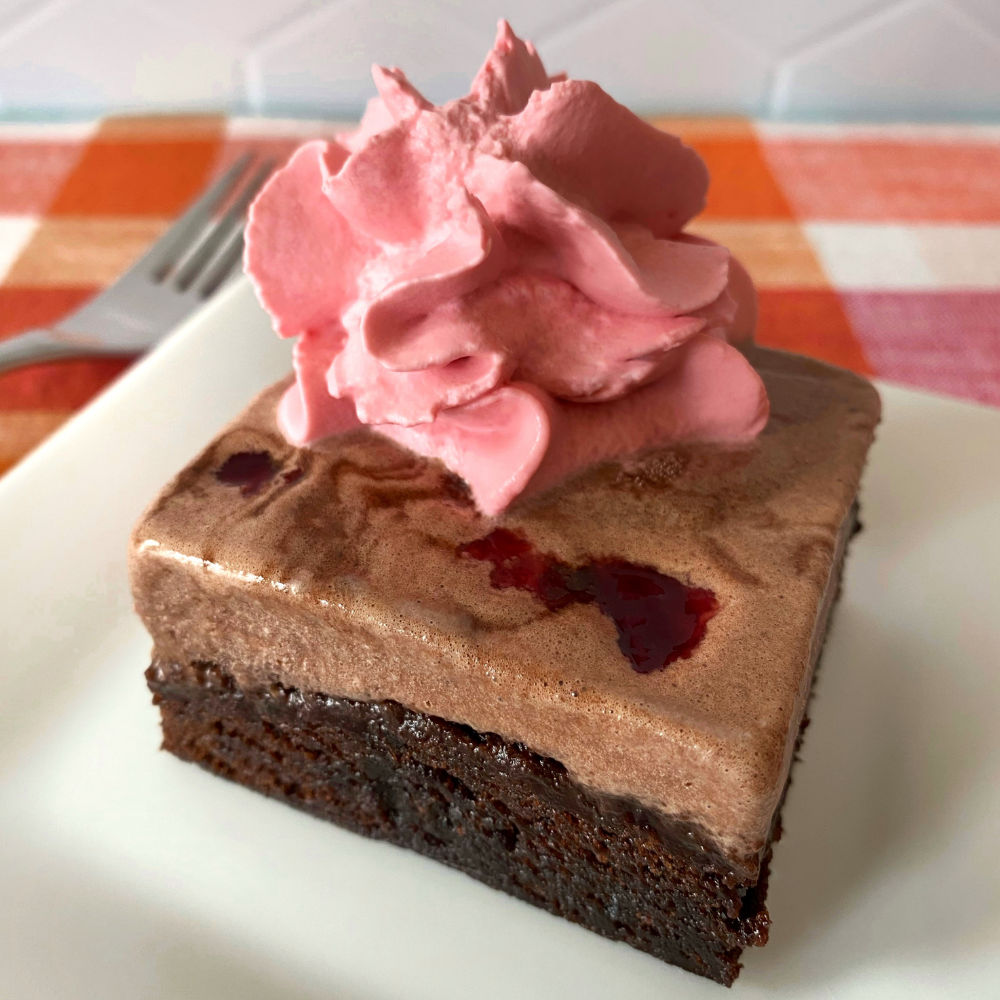 In a metal bowl with a whisk attachment, whip the heavy cream, 2 Tbsp of jam, and 2 drops of red food dye until stiff peaks form. Dollop on top of brownie slices and serve immediately.